TM "Bilozgar" became the "People's brand" for the second time 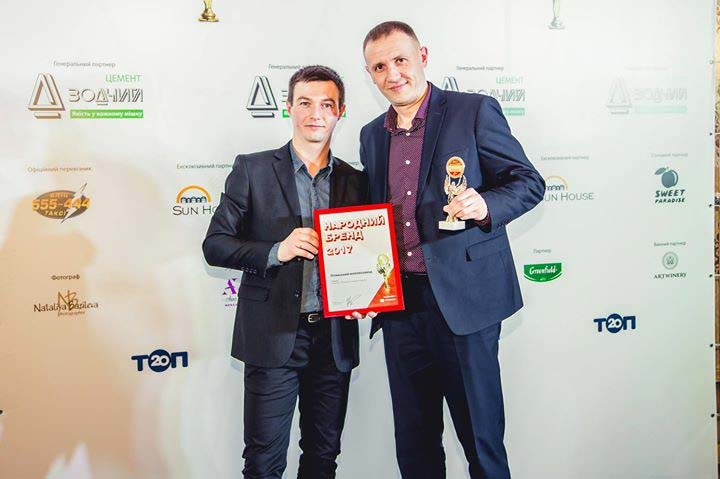 At the end of 2017, 157 Vinnytsia companies received honors at the “People’s Brand” ceremony – as evidence of trust in them citizens. An enchanting bartending show, guest gifts, fine wines and author’s desserts – all this made the atmosphere of the ceremony warm and “almost home”.

The voting was attended by 12513 people. For the right to receive popular recognition in the nominations competed more than 2 thousand companies. For them, 23,358 Vinnytsia votes were given. But they won the distinction of “People’s brand” and became the real people’s choices of only 157 companies.

Among the producers of dairy products TM “Bilozgar” received the largest number of votes.

Competition is important both for consumers and for companies that want to advance in their development.

Our brand is preparing for this every day, producing only high-quality and delicious products.