Home NewsWe are proud of our volleyball team!

We are proud of our volleyball team! 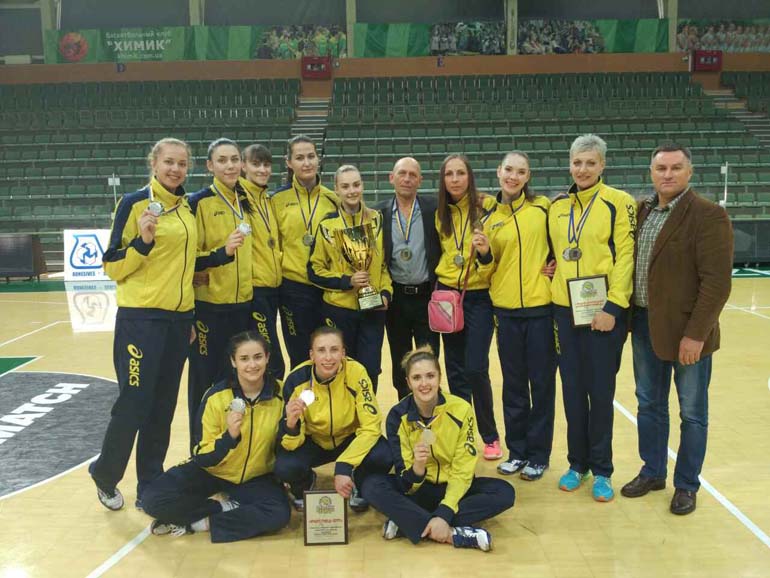 In this season, our team has taken an honorable second place in the volleyball championship of Ukraine in a super-league.

The volleyball team «Bilozgar Medical University» was founded in the distant year of 1993. The director and the main trainer at that time was Alexander Pastuhov.

For today, 14 professional players are playing in the team; all of them received a rank of masters of sports of Ukraine in this season.

The «Bilozgar Medical University» team   regularly participated in the Cup of Ukraine and different all-Ukrainian championships. Last year the team won the 6-th place in the volleyball Championship of Ukraine. By a happy coincidence, the Open Company «Litinskyi dairy factory» became the general sponsor of the team in the very same year.

The female volleyball team passed from the supreme league into the super-league in this season. In spring, 4 best teams competed for ranks and places in two rounds. The first round was in Ternopil, where our team won the fourth place. The second round was in the city of Juzhnyi, where our volleyball-players took over the team from the city of Lutsk and after this, in persistent struggle scoring 3: 2, took over the team from Ternopil. Thus, they have taken honorable second place in the Championship of Ukraine among super-league teams.

Due to the support of the general sponsor, the team trains twice a week, has an opportunity to go to training camps, competitions and  championships, and is provided with all the necessary sports equipment.